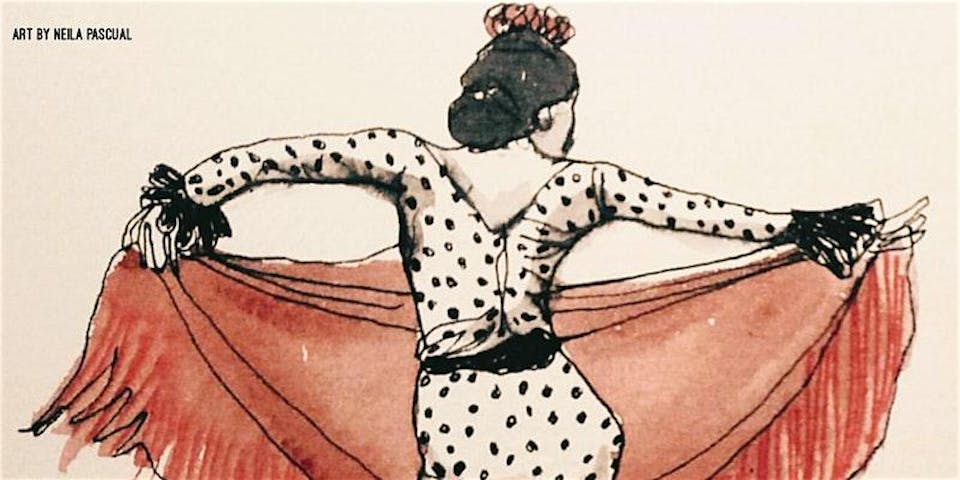 iCal
Google
Join us the second Sunday of each month for a passionate evening of flamenco dance and music in the authentic style of the tablaos of Spain.

Experience an intimate live performance with dancers, guitarists and singers from the vibrant Bay Area flamenco community, and an open floor for all aficionados to dance sevillanas and bulerias!

Fiesta Flamenca (“flamenco party” in Spanish) is a celebration for the Bay Area flamenco community hosted by La Tania, a world-renowned dancer, choreographer and master teacher. Our goal is to provide flamenco students with opportunities to perform and learn alongside professionals in a traditional cuadro setting, which is how in Spain dancers gain performance experience as soloists. At Fiesta Flamenca, everyone in the Bay Area flamenco community - regardless of background, ethnicity, age or financial means - can express themselves through the beauty and soul of flamenco. Flamenco fans of all ages are welcome to come enjoy the show.

Date: Sunday March 8 (and every second Sunday of the month)

Admission: $15-20 sliding scale. A limited quantity of $20 tickets will be available for purchase at the door (cash only). 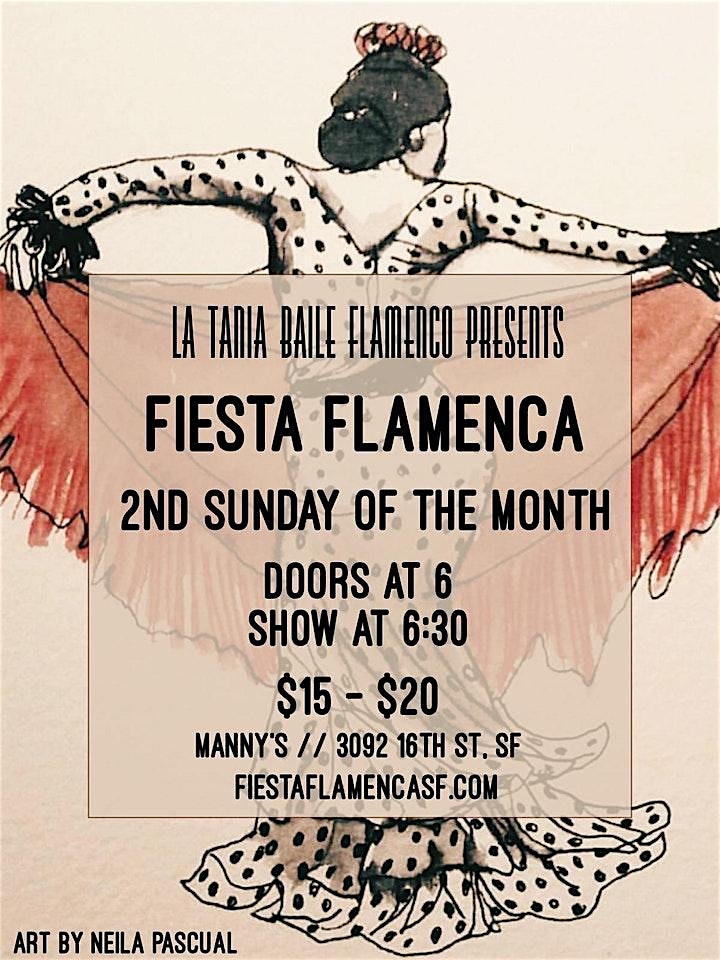