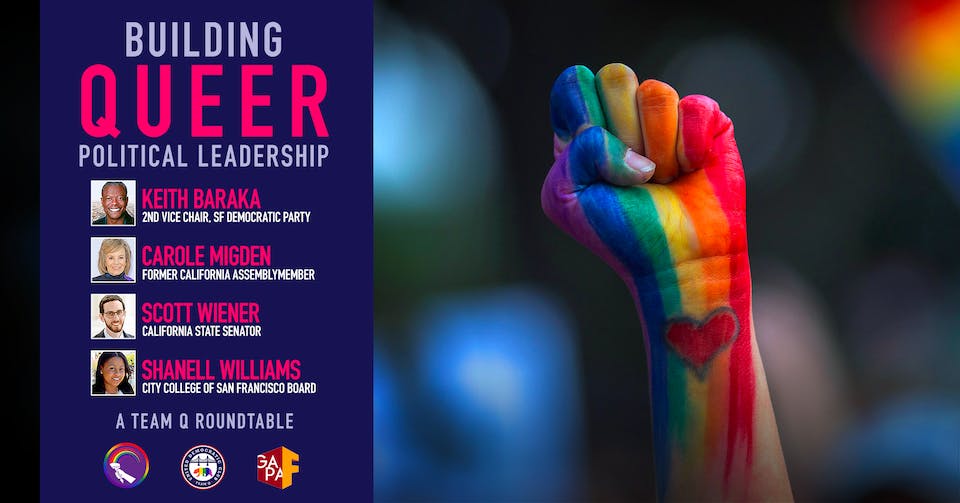 The Gay Asian Pacific Alliance (GAPA), the Alice B. Toklas Democratic Club, and Team Q of the United Democratic Club are co-sponsors of this panel discussion about how to increase LGBTQ political representation and build a pipeline of leaders to further equality at all levels of government.

Carole Migden, former State Senator, Assemblywoman, and Chair of the California Board of Equalization

Shanell Williams, City College of SF Board of Trustees and former Candidate for D5 Supervisor