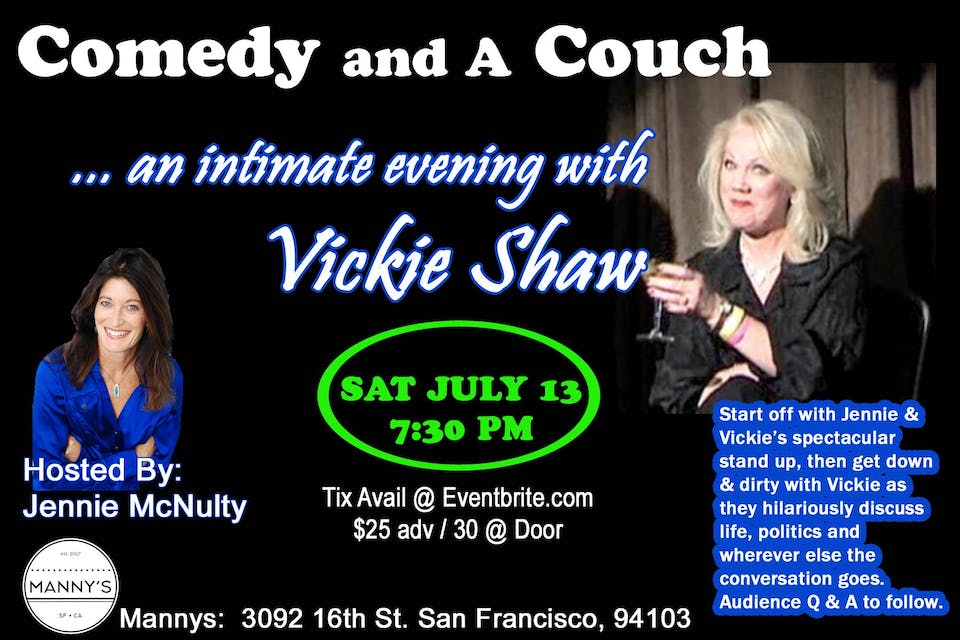 iCal
Google
Comedy and a Couch at Manny's!

Jennie McNulty and Vickie Shaw - both voted top 10 lesbian comics by Curve Magazine - each perform stand up comedy sets then Jennie interviews Vickie on the hottest topics in the moment. And/or wherever else these 2 crazy ladies go!! There will also be an audience Q & A. Picture a stand up comedy show, combined with, "Inside the Actor's Studio" -only done by 2 comics.

In case you don't know these hilarious ladies...

** One of Olivia Travel's favorite performers

** Was featured in the documentary, "Laughing Matters"

** She's also been on Comedy Central, LOGO, Bravo, and A&E

** Has worked for Olivia, Atlantis Cruises

** Has entertained the troops overseas 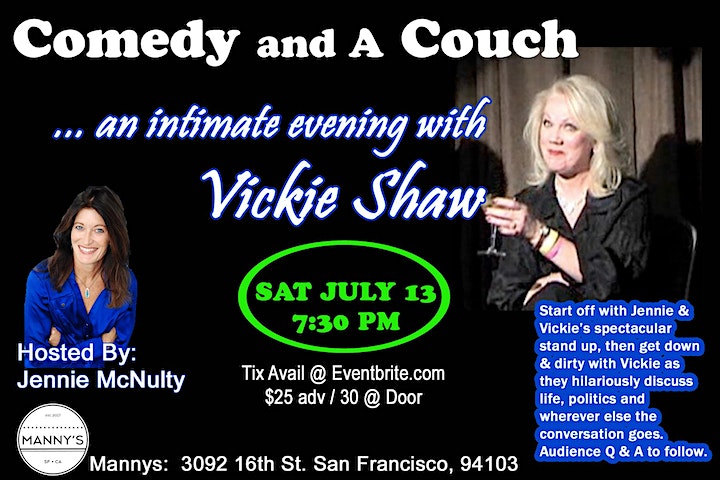