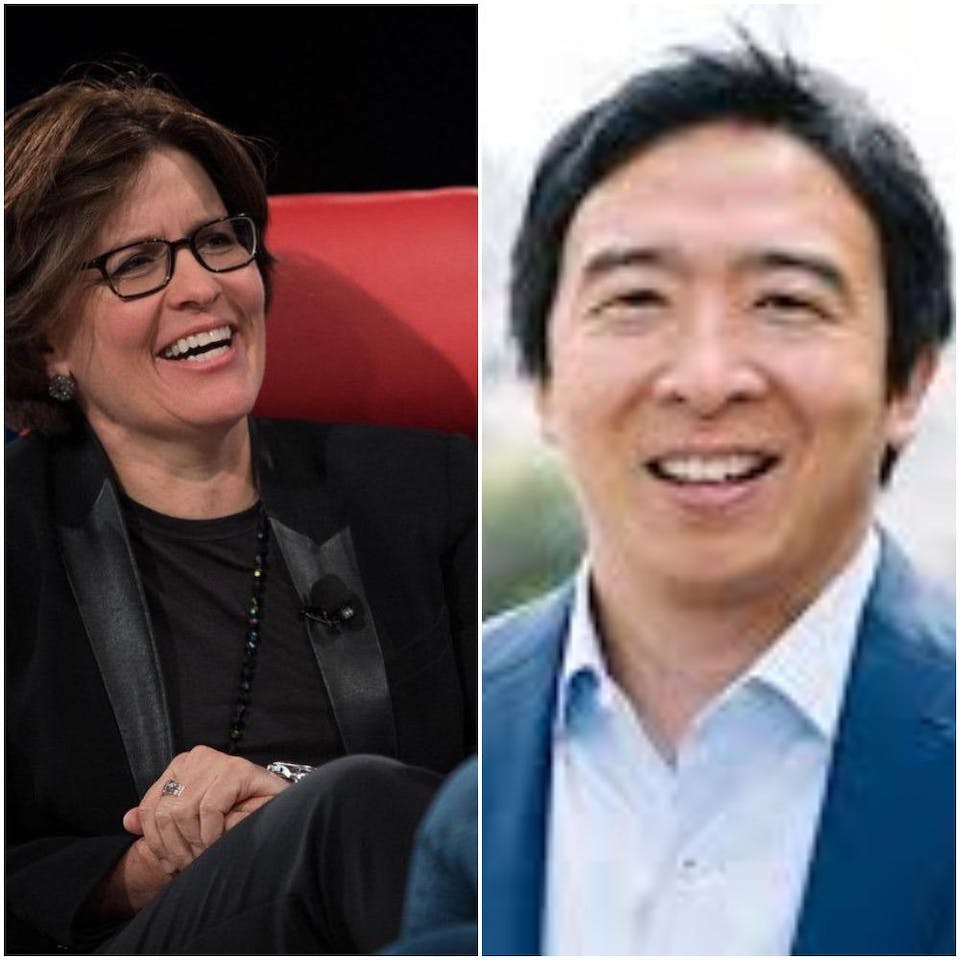 iCal
Google
Andrew Yang is the considered by some to be a "Silicon Valley" candidate for President. Kara wants to know more.

Andrew Yang is a dark horse Presidential candidate, having held no elected office yet will be on the debate stage in conversation with folks like Senator Bernie Sanders and Kamala Harris and Vice President Biden. Who is this man? Why is he running for President? He has made universal basic income a major plank of his campaign. Why? What's his plan?

This conversation will be published as an episode of Recode Decode with Kara Swisher. Subscribe for free on Apple Podcasts, or in your favorite podcast app, to be the first to hear it."

I’m Andrew Yang, and I’m running for President as a Democrat in 2020 because I fear for the future of our country. New technologies – robots, software, artificial intelligence – have already destroyed more than 4 million US jobs, and in the next 5-10 years, they will eliminate millions more. A third of all American workers are at risk of permanent unemployment. And this time, the jobs will not come back.

I’m not a career politician—I’m an entrepreneur who understands the economy. It’s clear to me, and to many of the nation’s best job creators, that we need to make an unprecedented change, and we need to make it now. But the establishment isn’t willing to take the necessary bold steps. As president, my first priority will be to implement Universal Basic Income for every American adult over the age of 18: $1,000 a month, no strings attached, paid for by a new tax on the companies benefiting most from automation. UBI is just the beginning. A crisis is underway—we have to work together to stop it, or risk losing the heart of our country. The stakes have never been higher.

Once I understood the magnitude of this problem, and that even our most forward-thinking politicians were not going to take the steps necessary to stem the tide, I had no choice but to act. I’m the father of two young boys. I know the country my sons will grow up in is going to be very different than the one I grew up in, and I want to look back at my life knowing I did everything in my power to create the kind of future our children deserve—an America of opportunity, freedom, equality, and abundance.

I urge you to join me. No one else is going to build a better world for us. We’re going to have to do it ourselves. Together.

Kara Swisher, editor at large for the technology news website Recode and producer of the Recode Decode podcast and Code Conference, is also a contributing opinion writer for the New York Times.