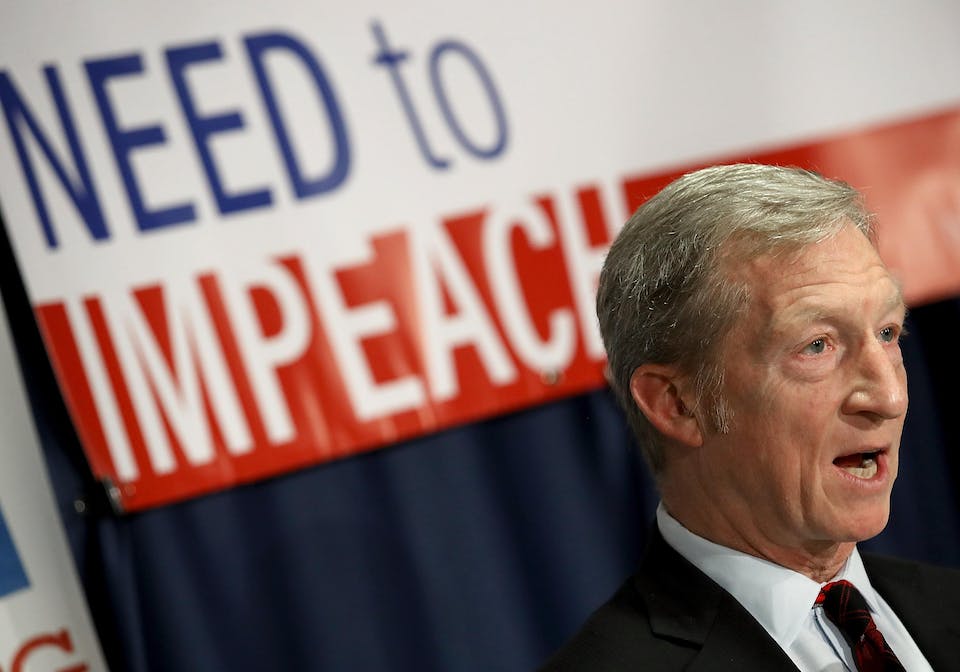 Conversation with Tom Steyer on why he's running for President

iCal
Google
We're going to have a real-talk conversation with one of the country's leading Democratic donors and advocates, Tom Steyer.

Why is Tom Steyer running for President? What made him decided to jump into the ring now, a few weeks before the second set of debates?

What qualifies him to be the President of the United States?

Is the country ready for another billionaire president?

What is his platform and his ideas for America's future?

Come ready to meet Tom and ask your questions too!

A bit about Tom:

Tom has been at the forefront of the movement to impeach President Donald Trump.

He's also been a leader and major donor in the environmental movement, immigration reform, economic justice, and electing more Democrats into office.

Tom was a major opponent to the Keystone pipeline and has signed the giving pledge to give away most of his wealth to philanthropic causes over the course of his lifetime.