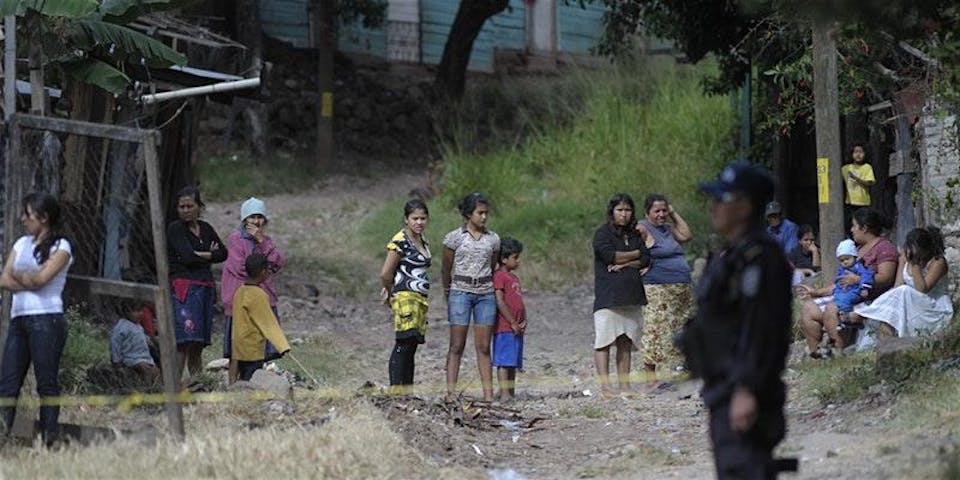 iCal
Google
Join us for a discussion about human rights in Central America and the connection to the immigration debate in the United States.

Immigration is one of the most important domestic issues facing our country. Join us for a discussion about human rights in Central America and ties to the immigration debate in the United States with Noah Bullock, Executive Director of Cristosal. Cristosal advances human rights in the Northern Triangle of Central America (El Salvador, Guatemala, and Honduras) via five integrated strategies: Victim Accompaniment and Protection, Strategic Litigation, Community Development, Strategic Communication, and Learning and Research. Current foci of Cristosal’s work include internal displacement due to violence, the rise in anti-LGBTQI violence throughout the region, the militarization of security, and the prosecution of historic crimes in El Salvador like the 1981 El Mozote massacre.

Noah will give an overview of the state of human rights in the region and examples of Cristosal’s work, including a new collaboration with El Hogar, the Episcopal orphanage in Honduras. Despite great challenges and a number of backward-trending developments, there is an undying flame of hope in all three Northern Triangle countries and promising signs for a more peaceful future.

Cristosal was originally founded in the Episcopal Church and is an official mission partner of the Church and a grantee of the El Camino Real Diocesan Partnership Commission, a co-sponsor of this event. The talk + reception are free and open to the public, though contributions to Cristosal (which is a US 501(c)3 ) are always welcome!

In this talk, Noah Bullock will draw on examples from Cristosal’s own work, including its 2018 Salvadoran Supreme Court victory on behalf of victims of internal displacement and its ongoing prosecution of the 1981 El Mozote massacre, to discuss potential paths forward. Says Bullock, “Human rights were taught to me as a historical process, and every generation has to be able to understand human rights and violations in their own time. Our moment has changed significantly from when these frameworks were established, so we are challenged now to find ways to apply these same principles in programming to address our moment’s greatest challenges of displacement by violence, poverty, and inequality.”

From 2006 to 2009, Noah worked as the director of Cristosal’s Community Development program. At the end of 2009, he started a documentary film project about internal displacement called "For a More Humane World," in which he worked as an executive producer until the film’s release in April 2010. During that period, he also assumed his current role as Executive Director. In 2016, Noah presented a report on forced displacement in Central America at the High-Level Leaders’ Round Table on Forced Displacement at the World Humanitarian Summit, where he also participated in the consultative process for the global pact for refugees. Noah is a member and co-founder of the Legal Support Network for Refugees in the Americas (RARLA).