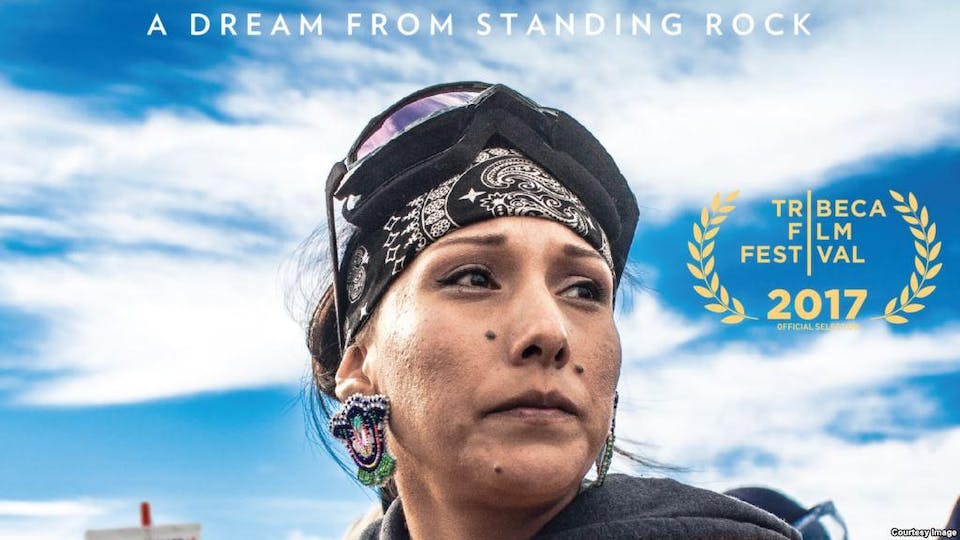 iCal
Google
Monday, October 14th is Indigenous People's Day. We're screening an amazing movie about Standing Rock. Come on by and honor the day with us.

Awake, A Dream from Standing Rock is a record of the massive peaceful resistance led by the Standing Rock Sioux Tribe to the Dakota Access Pipeline through their land and underneath the Missouri River.

The Dakota Access Pipeline is a controversial project that brings fracked crude oil from the Bakken Shale in North Dakota through South Dakota, Iowa and eventually to Illinois. The Standing Rock Tribe and people all over the world oppose the project because the pipeline runs under the Missouri river, a source of drinking water for over 18 million people, and pipeline leaks are commonplace. Since 2010 over 3,300 oil spills and leaks have been reported.

Moving from summer 2016, when demonstrations over the Dakota Access Pipeline's demolishing of sacred Native burial grounds began, to the current and disheartening pipeline status, AWAKE, A Dream from Standing Rock is a powerful visual poem in three parts that uncovers complex hidden truths with simplicity. The film is a collaboration between indigenous filmmakers: Director Myron Dewey and Executive Producer Doug Good Feather; and environmental Oscar-nominated filmmakers Josh Fox and James Spione.

The Water Protectors at Standing Rock captured world attention through their peaceful resistance. The film documents the story of Native-led defiance that has forever changed the fight for clean water, our environment and the future of our planet. It asks: "Are you ready to join the fight?"

Come watch the film at Manny's on this Indigenous People's Day!