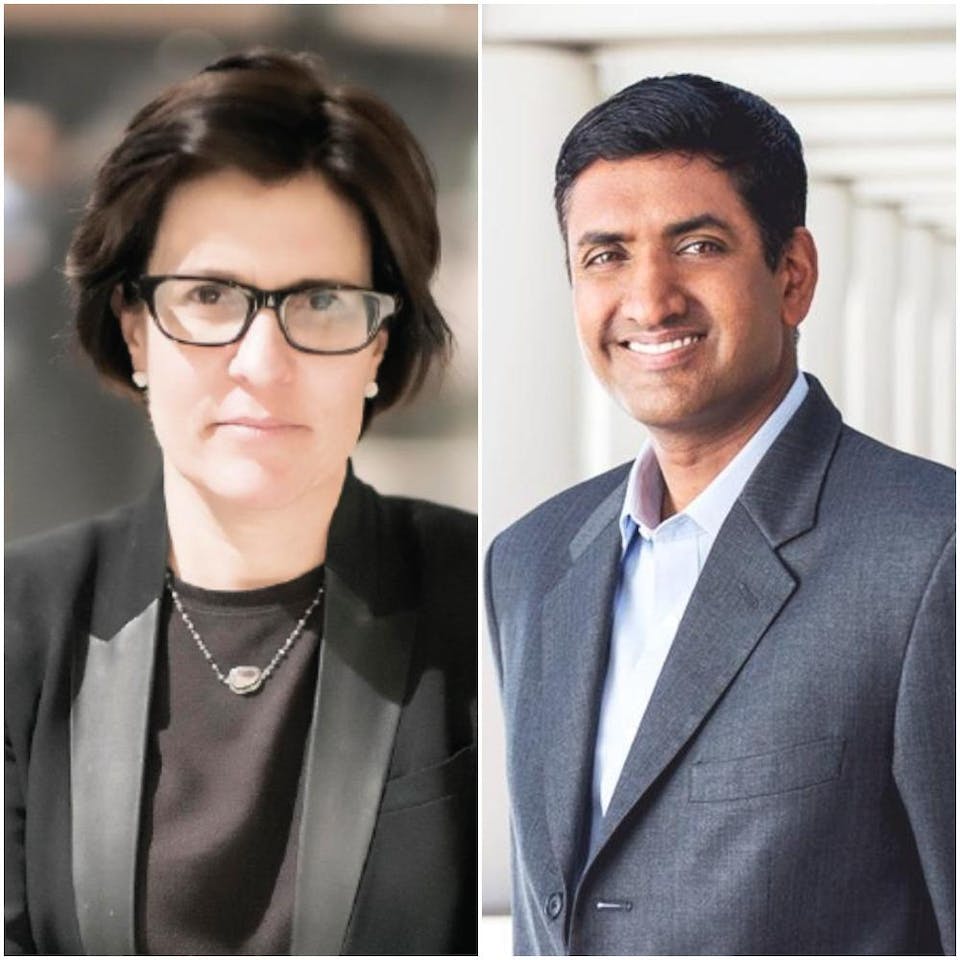 The Bay Area is the home to the center of technologic innovation. As well we are living in the midst of a reckoning between Silicon Valley and Washington D.C.. One man sits in the middle of both - Congressman Ro Khanna. Kara Swisher has questions and I'm sure you do too.

Come to Manny's on the 29th to join the discussion!

This conversation will be published as an episode of Recode Decode with Kara Swisher. Subscribe for free on Apple Podcasts, or in your favorite podcast app, to be the first to hear it."

Congressman Ro Khanna represents California’s 17th Congressional District, located in the heart of Silicon Valley, and is serving in his second term. Rep. Khanna sits on the House Budget, Armed Services, and Oversight and Reform committees and is first vice chair of the Congressional Progressive Caucus. He also serves as an Assistant Whip for the Democratic Caucus.

Rep. Khanna is committed to representing the people and ideas rooted in Silicon Valley to the nation and throughout the world. For each job created in the high-tech industry, another four jobs are created. The tech multiplier is even larger than the multiplier for U.S. manufacturing. Rep. Khanna will work to ensure the technology sector is at the forefront of U.S. economic policy and strive to provide opportunities to those our changing economy and technological revolution has left behind. To do so, the U.S. must implement policies that will not only create tech jobs in Silicon Valley but across America. This includes job training programs, economic development initiatives, re-wiring the U.S. labor market, and debt-free college to help working families prepare for the future.

A dedicated political reformer, Rep. Khanna is one of just six elected officials to refuse contributions from PACs and lobbyists. He also supports a 12-year term limit for Members of Congress and a constitutional amendment to overturn Citizens United.

Rep. Khanna was born in Philadelphia, PA, during America’s bicentennial, to a middle-class family. Both of his parents immigrated to the United States in the 1970s from India in search of opportunity and a better life for their children. His father is a chemical engineer and his mother is a substitute school teacher. Rep. Khanna’s commitment to public service was inspired by his grandfather who was active in Gandhi’s independence movement, worked with Lala Lajpat Rai in India, and spent several years in jail for promoting human rights.

Prior to serving in Congress, Rep. Khanna taught economics at Stanford University, law at Santa Clara University, and American Jurisprudence at San Francisco State University. He wrote the book Entrepreneurial Nation: Why Manufacturing is Still Key to America’s Future and worked as a lawyer specializing in intellectual property law. Rep. Khanna served in President Barack Obama’s administration as Deputy Assistant Secretary at the U.S. Department of Commerce. In 2012, California Governor Jerry Brown appointed him to the California Workforce Investment Board. He has also provided pro bono legal counsel to Hurricane Katrina victims with the Mississippi Center for Justice, and co-authored an amicus brief on the fair housing U.S. Supreme Court case, Mount Holly v. Mt. Holly Gardens Citizens in Action, Inc.

Rep. Khanna graduated Phi Beta Kappa with a B.A. in Economics from the University of Chicago and received a law degree from Yale University. As a student at the University of Chicago, he walked precincts during Barack Obama's first campaign for the Illinois Senate in 1996. In his free time, Rep. Khanna enjoys cheering for the Golden State Warriors, watching movies, and traveling. He and his wife Ritu call Fremont, CA, home.