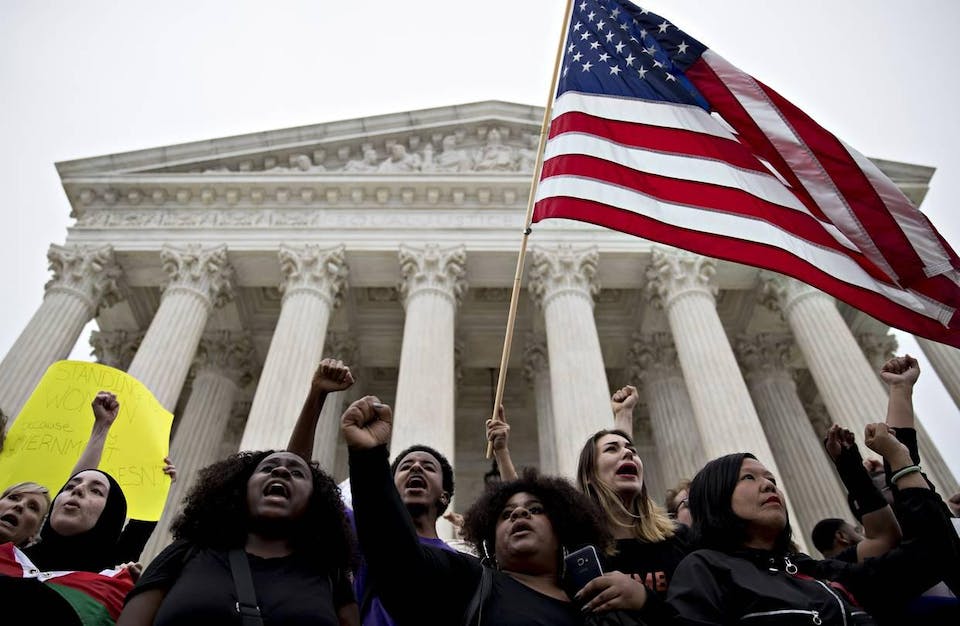 iCal
Google
What happened in this year's Supreme Court? What decisions were made and what do they teach us about the future of the legal system?

Note: This live conversation will be broadcasted from Manny's but the place to tune it will be via:

After the conversation, at 7 PM, please go to the following link to join the post show discussion and action session: www.tinyurl.com/mannysbreakroom

This has been a landmark year for Supreme Court rulings already. In one week we got the protections of LGBT people at work and a rejection of Trump desire to end DACA, protecting immigrants!!

What other decisions were made by the court this year and what do they mean for future jurisprudence? What do the majority opinions of the two stellar judgments teach us about Chief Justice John Roberts? Is he the new Justice Kennedy? Do we have cause to be optimistic about the future of the court?

Ben Feuer, famed appellate lawyer and legal scholar, is coming to Manny's to discuss and lay it all out for us.

Ben Feuer is the chairman of the California Appellate Law Group. Deemed one of the “top appellate litigators in California” by a national news network, Ben regularly represents large and small businesses in bet-the-company commercial appeals in the California appellate courts and Ninth Circuit Court of Appeals. He also represents individuals involved in prosecuting and defending civil appeals ranging from major real estate controversies to multimillion-dollar tort actions to high-net worth family law disputes to novel questions of constitutional law.

Ben has been called an “Elite Boutique Trailblazer” by the National Law Journal, named one of the “Top 40 Lawyers Under 40” in California by the Daily Journal, included on Benchmark Litigation‘s “40 & Under Hot List,” and awarded the “Outstanding Barrister” prize by the Bar Association of San Francisco. He has been chosen as a SuperLawyer “Rising Star” for the field of appellate law nine times.

Ben is co-chair of the Appellate Section of the Bar Association of San Francisco, and has moderated and spoken on dozens of panels with appellate judges, practitioners, and professors on topics related to appellate law and practice. He is also a frequent author of articles on appellate practice and constitutional law topics, and his writing has appeared in the Washington Post, Los Angeles Times, and the National Law Journal, as well as The Recorder, The Daily Journal, and Corporate Counsel. He also often appears on KGO Radio, Voice of America, and in the Daily Journal‘s podcasts to discuss upcoming appellate issues, Supreme Court cases, and constitutional law. You can read most of Ben’s articles and listen to recordings of many of his broadcasts by clicking here.

Ben previously served as an Appellate Lawyer Representative to the U.S. Court of Appeals for the Ninth Circuit, one of a handful of attorneys from across the court’s 11-state jurisdiction personally selected for the role by the court’s judges. He also served on the Board of Directors of the Bar Association of San Francisco’s Barristers Club and on the advisory board to OneJustice, an organization that supports California legal nonprofit groups. In 2016, the Minority Bar Council of San Francisco presented Ben with its “Unity Award,” for “outstanding commitment to diversity in the legal profession.”

Before joining the California Appellate Law Group, Ben served as a law clerk to Judge Carlos Bea of the U.S. Court of Appeals for the Ninth Circuit. He also served as of counsel to the San Francisco appellate boutique Eisenberg & Hancock, and practiced with top litigators at the national firms Quinn Emanuel Urquhart & Sullivan and Williams & Connolly.

Ben graduated in the top of his class from the Northwestern University School of Law in Chicago, where he was an editor of the Law Review, argued for the national moot court team, and published an article in the Northwestern Law Review on free speech and election law. He has a bachelor’s degree in philosophy from Trinity College in Connecticut.