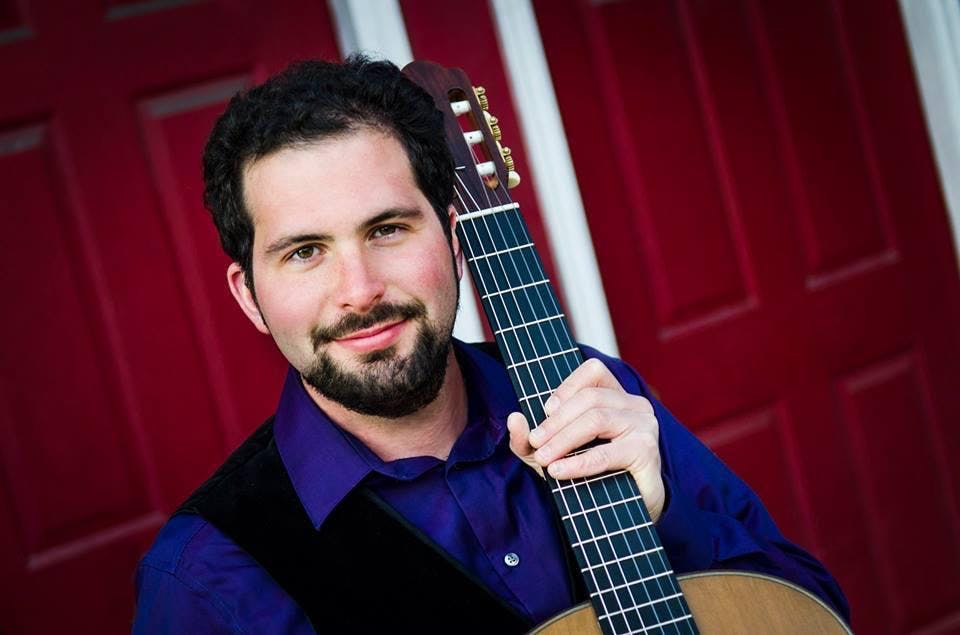 Manny's is providing physical space for musicians who have been affected by the cancellation of events and the closure of venues following the COVID-19 pandemic. Every Sunday at 5PM live from Manny's on 16th and Valencia, Manny's Musical Sundays will feature a local musician! 100% of proceeds will go to participating musical guests.

International guitar soloist Lyle Sheffler began playing classical guitar at the age of seven and made his first public appearance at the age of eight. Acclaimed for his artistry, warm tone, and captivating programs, he has played at such esteemed venues as Carnegie Hall, Freight & Salvage Stadium, the Tilles Center, and the Hanoi Opera House, as well as numerous other concert halls around the globe. In addition to solo recitals, Lyle has performed as a concerto soloist with orchestras with Joaquin Rodrigo’s “Fantasia para un Gentilhombre” and Antonio Vivaldi’s Guitar Concerto in D Major.

In the fall of 2012, Lyle was invited to tour the Middle East and Asia with Celebrity Cruises as a solo classical guitarist. He was also selected to participate in the prestigious Ile de Ré International Guitar Festival in France, led by guitar virtuoso Philippe Villa in 2010. While in France, Lyle was hand picked to perform in a solo concert held open to the public, as well as to play first guitar in several different chamber ensembles. During the summer of 2009, Lyle was awarded the opportunity to participate in both the Iserlohn Classical Guitar Festival in Germany and the Polish Guitar Academy in Poznan, Poland. There, he performed both in ensembles and as a soloist. He has participated in master classes with many world-renowned artists including Manuel Barrueco, David Russell, and many others.

Lyle earned his Bachelor of Music degree from the prestigious Peabody Conservatory of Johns Hopkins University, where he studied under the tutelage of acclaimed guitar pedagogue Ray Chester. Lyle received his Masters of Music degree in classical guitar from the San Francisco Conservatory of Music under the instruction of Guitar Foundation of America competition winner and Naxos recording artist Marc Teicholz and department chair David Tanenbaum. As a performer, Lyle has become an integral part of the San Francisco music community, both as a soloist and as member of the Duo Bohème with flutist Courtney Wise. He also maintains a thriving teaching studio in the San Francisco Bay Area. Besides classical guitar, Lyle is proficient on double bass, mandolin, bouzouki, banjo, and lute. He looks forward to a future of sharing his love for the guitar with his audiences and students, alike.