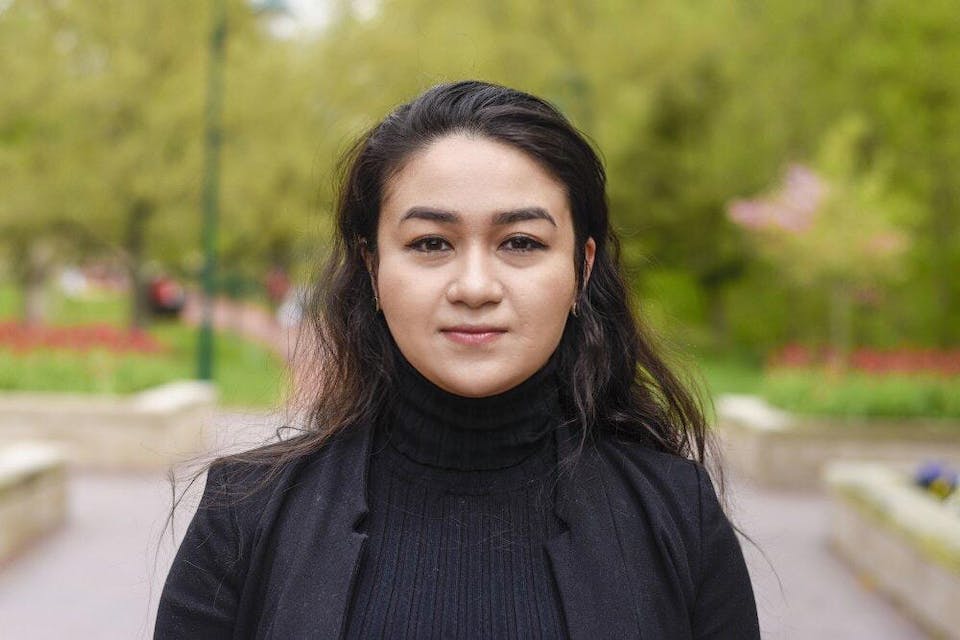 iCal
Google
Hundreds of thousands of Uighurs, an ethnic minority in China, are detained in camps. Jewher Ilham, the daughter of one detainee, speaks.

You've probably read all about how the Chinese are imprisoning hundreds of thousands of people called Uighurs in forced "Education camps" where folks are being tortured.

Why is this happening?

How is this happening?

What is being done to stop the forced imprisonment of an entire ethnic minority. What is the movement within China, the stories from the ground, and how can you get involved?

Jewher Ilham is the daughter of Uyghur scholar, Ilham Tohti, an internationally noted moderate voice who was dedicated to bridging the gap between the Uyghur people and the Han Chinese. She is coming to Manny's to tell you about the fight for freedom for her father and for the Uighurs in China and to answer your questions.

For more info about what's going on in China with the Uighurs see below:

Jewher Ilham is the daughter of Uyghur scholar, Ilham Tohti, an internationally noted moderate voice who was dedicated to bridging the gap between the Uyghur people and the Han Chinese. Jewher arrived in the United States in 2013, following the detention of her father at the Beijing airport, as both prepared to travel to Indiana University for Professor Tohti’s fellowship. It was the last time she’d see her father.

At eighteen years old, with little English and no plan, and unable to return safely to China, Jewher found herself having to start a new life in Bloomington, Indiana. Meanwhile her father’s situation worsened. In September of 2014, he was given an unprecedented life sentence based on the writings on his website, Uyghur Online, that promoted peaceful co-existence between the Uyghur people and Han Chinese. His conviction and sentence swiftly were condemned by the then-Obama White House and leaders throughout Europe and the EU. During the period between her father’s arrest and sentencing, Jewher enrolled as a student in Indiana.

As an advocate for her father, she testified before the U.S. Congressional-Executive Committee on China, wrote op-eds in the New York Times, met with a number of government officials including former Secretary of State John Kerry, and received numerous awards worldwide on behalf of her father. In 2015, she recounted her experiences in the book, Jewher Ilham: A Uyghur’s Fight to Free Her Father(University of New Orleans Press). She was invited to be the key speaker at 2019 Ministerial to advanced religious freedom hosted by Pompeo, the Secretary of State. Jewher has finished her degree at Indiana University this year. She is taking a year off to assist on a documentary film about Uyghurs as well as to continue to advocate on behalf of her father.

***No one is turned away from events at Manny's for lack of funds. If you need a reduced ticket price or a free ticket just email jupiter@welcometomannys.com. ***