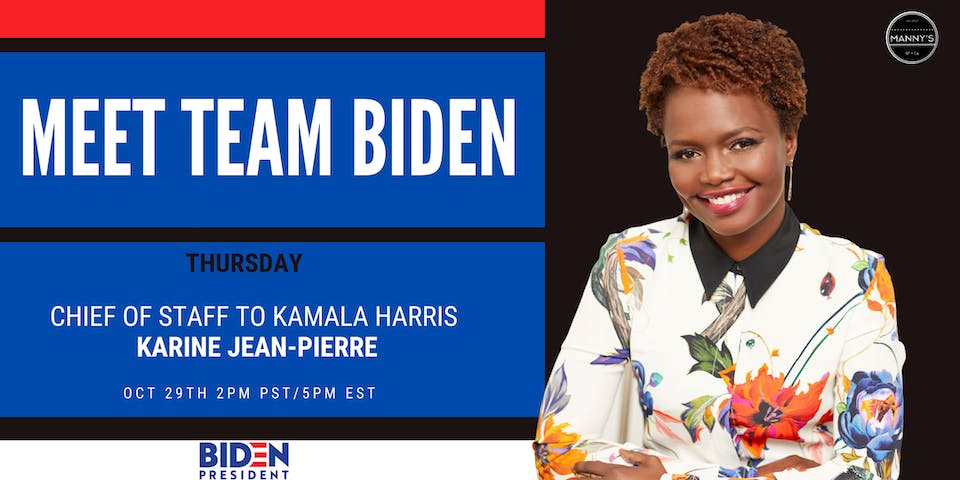 Ok so the 2020 election is right around the corner and it's time to get informed, involved, ready, and willing.

You probably know all about Joe Biden by now but how well do you know the senior folks running his campaign for President? Well - now's your chance?

These are the change makers who are fighting for victory everyday - the ones who we'll be able to thank on November 4th once we win.

But who are they?

What are their stories?

Why are they working for Joe Biden?

What does it say about him that these are folks by his side?

We continue this series with National Director of Students for Biden, Lubna Sebastian.

She is the senior advisor and national spokeswoman for MoveOn.org and a political analyst for NBC News and MSNBC.

In August 2020, she was selected to serve as the chief of staff for Democratic presumptive vice presidential nominee Kamala Harris.

Jean-Pierre's interests demonstrate her concern for integrity and the human condition. In graduate school, she explored her Haitian roots through documentary film. Later, she worked at the Center for Community and Corporate Ethics and pushed major companies like Wal-Mart to change their business practices. While working in New York, Jean-Pierre served as Press Secretary to Congressmen Anthony Weiner, Deputy Chief of Staff and Director of Legislative and Budget Affairs for two City Council Members respectively in the New York City Council.