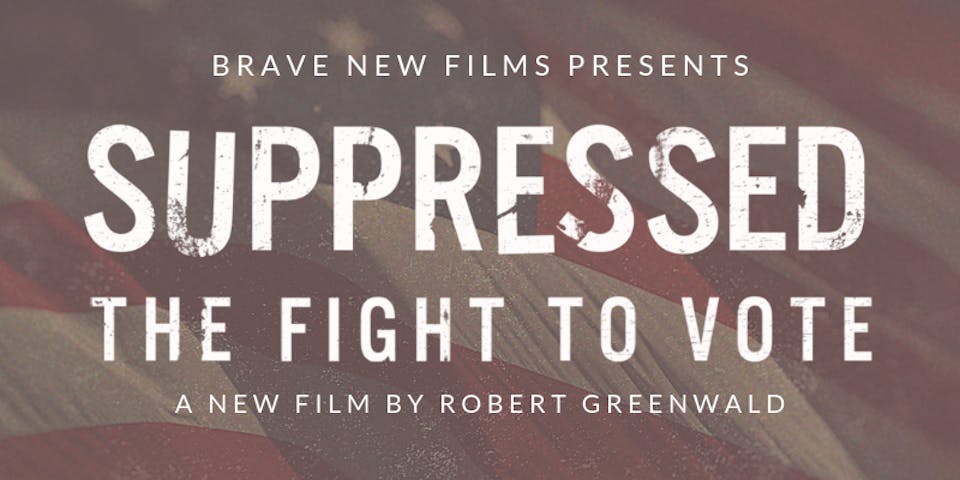 Suppressed: The Fight to Vote (Screening)

iCal
Google
Democracy cannot exist without the people's vote. But who gets to vote? And who is kept from voting?

Voter suppression is one of the biggest dangers to American elections. During the 2018 midterms, millions of voters experienced suppression due to voter roll purges, poll closures, long lines of over 4 hours, missing absentee ballots, and strict voter ID laws that disproportionately prevented Brown and Black citizens from their constitutional right to vote.

While voter suppression has been going on for over a century in America, Georgia was ground zero in 2018 amidst a historic gubernatorial race between Stacey Abrams and Brian Kemp. Abrams fought to become the first Black female governor in the U.S. while her opponent, Secretary of State Brian Kemp, was in charge of running the election.

In Suppressed: The Fight to Vote, Brave New Films weaves together personal stories from voters across the state of Georgia to paint an undeniable picture of voter suppression. In a race that was ultimately decided by 54,723 votes, it is clear that the basic constitutional right to vote continues to be under siege. 2020 is coming and we must fight to protect this fundamental right – #FightToVote!