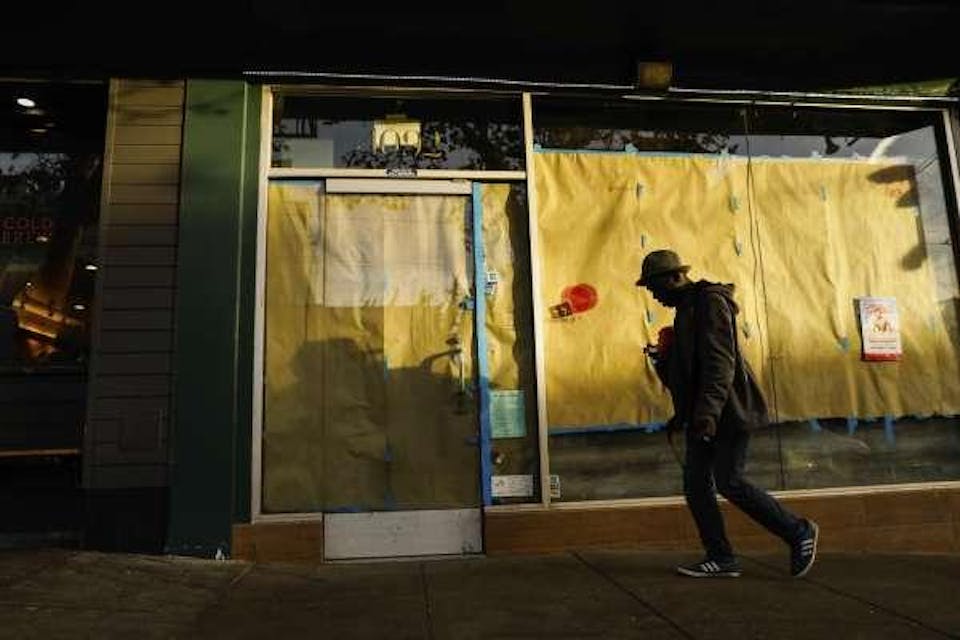 The Crisis of Street Level Vacancies in San Francisco

iCal
Google
Walk through parts of San Francisco and you'll see storefront after storefront vacant. Why? What does it mean? How is it being addressed?

Some spots have stayed vacant much longer than normal. But I thought San Francisco was booming! Why?

Are the amount of vacancies normal? Or is this more than usual? Cushman and Wakefield puts our vacancy rate at 3.5%, an historic low. The Chronicle says the city average is 12% way below Manhattan's 20%, but is it concentrated in certain areas? If so, why?

Nearly 80 percent of S.F.'s vacant commercial properties are not zoned for restaurant use. Is that the issue? But we also had 400 restaurant closures last year...

And what does it mean for a street to have vacancies? How is it affecting small business? And, finally, what is being done to combat the issue?

Is the Vacancy Tax that's being proposed the right solution?

A story about North Beach's Vacancies.

Aaron Peskin is a member of the San Francisco Board of Supervisors, representing District 3, which is comprised of North Beach, Chinatown, Fisherman’s Wharf, Polk Gulch, Union Square/Financial District and Russian, Nob and Telegraph Hills. He has lived in District 3 for almost thirty years.

He is currently serving his fourth non-consecutive term on the Board of Supervisors, after serving two terms from 2001-2009 (including one term as the unanimously-elected President of the Board). During his previous terms in office, Aaron Peskin was a leader to preserve and expand affordable housing in District 3 and citywide. He helped pass the city’s first inclusionary housing law, which required private developers to create affordable housing, and later co-authored the landmark increase to those affordable housing requirements in 2016/17. He also authored the 2007 revenue measure intended to ensure SFMTA has a long-term funding source for its Transit Effectiveness Project, one of many initiatives he has championed to prioritize investment in public transit.

He also serves as a Commissioner on both the Bay Conservation & Development Commission and the San Francisco Bay Restoration Authority. He also serves as a Co-Chair of the SF Transportation Task Force 2045 and a member of the Executive Steering Committee for the Seawall Resiliency Project. He served on the California Coastal Commission from 2017 to 2019.

He is a lifelong environmentalist who lives in Telegraph Hill with his wife, Nancy, and their two cats.

Joaquín Torres is the Director of the San Francisco Office of Economic and Workforce Development. Appointed by Mayor London Breed in 2018, Joaquín leverages resources across City departments to create opportunities for all and maximize equitable economic and social impact for the benefit of San Franciscan communities, residents, businesses and neighborhoods. In pursuit of these goals, OEWD provides citywide leadership and coordination for workforce development, business development, neighborhood economic development, film, small business and development planning.

Joaquín is also the President of the San Francisco Housing Authority Commission, leading the oversight body as the Authority and City implement a re-envisioning process to rehabilitate over 3,400 units of public housing with $750 million in improvements, leading to the transfer of ownership to affordable housing providers to best serve low-income communities.

Previously, Joaquín has served as Director the San Francisco Invest in Neighborhoods initiative, Director of the Mayor’s Office of Neighborhood Services, and Liaison to the San Francisco Latino and American Indian communities and to Supervisorial Districts Nine and Eleven. He is a current participant in the Government Alliance for Racial Equity program and serves as Chair of the Equity, Diversity and Inclusion Committee for the American Conservatory Theatre (A.C.T.). Joaquín is a graduate of Stanford University and New York University's Tisch School of the Arts. He lives in the Outer Mission with his wife, Ruibo Qian.

About the Office of Workforce and Economic Development:

The Office of Economic and Workforce Development (OEWD) advances equitable and shared prosperity for San Franciscans by growing sustainable jobs, supporting businesses of all sizes, creating great places to live and work, and helping everyone achieve economic self-sufficiency.

OEWD’s programs are responsible for strengthening San Francisco’s many diverse neighborhoods and commercial corridors, creating a business climate where companies can grow and prosper, and ensuring a continually high quality of life for all San Franciscans.