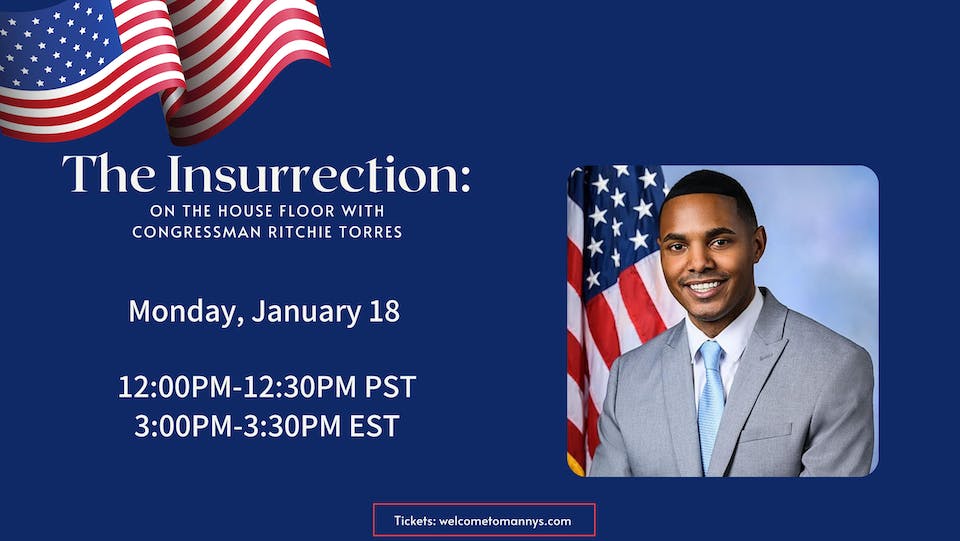 iCal
Google
On January 6th 2021, Trump incited an insurrection at the Capitol that changed the country forever.

In response to the insurrection that took place at the Capitol last week, Manny's is organizing a series of quick fire talks to provide necessary information to the public during this critical time in our nation's history.

How did the insurrection change the atmosphere at the Capitol? What actions did Congress take following the fatal riot? How can we protect our lawmakers from violence?

Ritchie Torres is an American politician from New York. A member of the Democratic Party, he is the New York City Council member for the 15th district. Elected in 2013, he is the first openly gay candidate to be elected to legislative office in the Bronx, and the youngest member of the city council. Ritchie was elected to the House of Representative, representing the Bronx, on November 2020.

*If the cost is at all a hurdle please just email jupiter@welcometomannys.com with the word "Grapefruit" and she will send you a free ticket no questions asked!