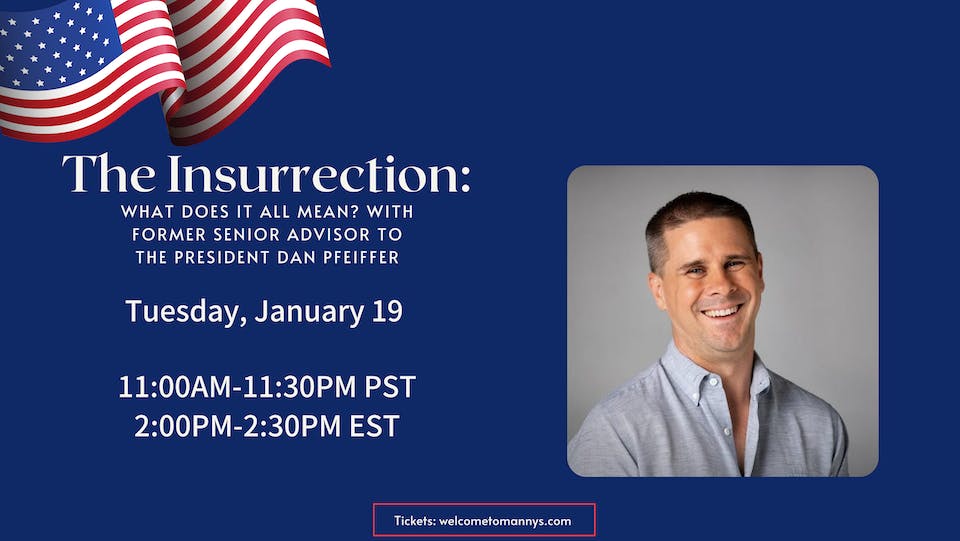 The Insurrection: What Does It All Mean? w/ Former WH Com. Dir Dan Pfeiffer

iCal
Google
On January 6th 2021, Trump incited an insurrection at the Capitol that changed the country forever.

In response to the insurrection that took place at the Capitol last week, Manny's is organizing a series of quick fire talks to provide necessary information to the public during this critical time in our nation's history.

What does the insurrection incited by Trump mean? Is it a one-time thing? Can it happen again? What does it mean to our democracy and the long term growth of our nation? How do we ensure that we address the issues that caused the riot in the first place? Why did they do it? How does it change our image abroad.

He held that post until his appointment as Senior Advisor in early 2013. During his time at the White House, Dan has helped transition the communications apparatus into the digital age utilizing social media like Twitter, Facebook, Medium and Instagram, as well as scheduling the first presidential interviews with digital media platforms like Buzzfeed and Vox. In 2015, Dan joined CNN as a political commentator.

*If the cost is at all a hurdle please just email jupiter@welcometomannys.com with the word "Grapefruit" and she will send you a free ticket no questions asked!