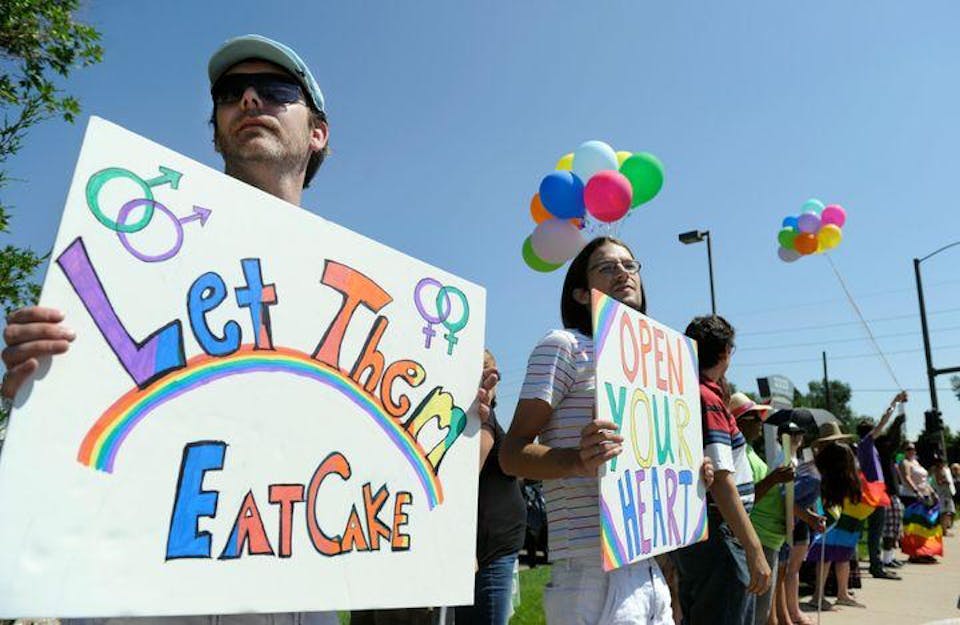 The Legal Trend Towards a Religious Exception for Discrimination

iCal
Google
a frightening legal trend is beginning to show up in our country's courts...

We are currently experiencing a trend of the federal government, certain state governments and the Supreme Court away from enforcing “in place” governmental mandated equal treatment of people regardless of race, sex, gender, alienage, sexual identity, or religion, towards governmental and judicial support for individual religious and moral beliefs as an acceptable basis to refuse to comply with such mandates.

Such policies have allowed a cake maker to refuse to make a wedding cake for a same sex couple, a private company to refuse to purchase certain health insurance for its women employees, a pharmacist to refuse to fill a prescription for birth control medication, a federally funded foster care agency to refuse to deal with Jews, Catholics and the LGBTQ community, and basically any person, business or state agency to refuse to comply with laws of generally applicability (non-discrimination laws) because doing so would violate the religious beliefs or moral convictions of the actor.

These arguments failed in the 60’s when employed to attack the Civil Rights Act of 1964, but under the current federal administration and Supreme Court, have begun to succeed.

This trend should upset everyone, and it attacks one of the basic tenants of America- equality.

Berkeley Law Professor Alan Pomerantz is coming to Manny's to discuss the trend to educate the public on what's happening to our legal protections.