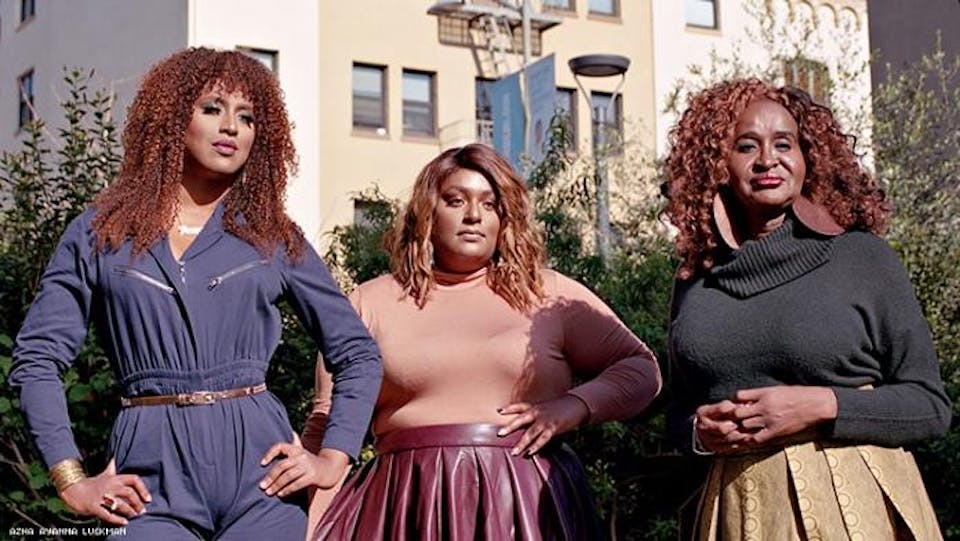 These three activists are the ones responsible for formulating and creating the United States' very first transgender cultural district.

What does the district mean? Where is it? Why was this location chosen? What is going to happen in the district? Why was it important to create it and who are these ladies?

Also for discussion are Janetta, Honey, and Aria's thoughts on the future of the queer rights movement, the horrifying tide of violence towards trans women of color in America, how they are creating the San Francisco that they want to see, and how you can help.

Note: A % of proceeds will be donated to the Compton's Street Transgender Cultural District.

The mission of the Compton’s Transgender Cultural District is to create an urban environment that fosters the rich history, culture, legacy, and empowerment of transgender people and its deep roots in the southeastern Tenderloin neighborhood. The transgender district aims to stabilize and economically empower the transgender community through ownership of homes, businesses, historic and cultural sites, and safe community spaces.

Janetta Johnson is the executive director of Transgender, Gendervariant, Intersex Justice Project (TGI Justice Project), a group of transgender, gender variant and intersex individuals inside and outside of prisons, jails, and detention centers who are working to create a united family in the struggle for survival and freedom.

A San Francisco native, drag queen, business owner, and activist, Honey Mahogany is a founder of the Compton's Street Transgender Cultural District, a member of the SF DCCC, a former Ru-Girl, and an owner at San Francisco's oldest gay bar, the Stud.

Aria Sa’id is a transgender advocate and award winning political strategist based in San Francisco Bay Area. She is a founder and the Executive Director of the Compton’s Transgender Cultural District- the world’s first transgender district, celebrating the resilience, culture, and presence of transgender people in San Francisco’s famed Tenderloin neighborhood. She is the founder of Kween Culture Initiative- a social and cultural empowerment project for Black transgender women.