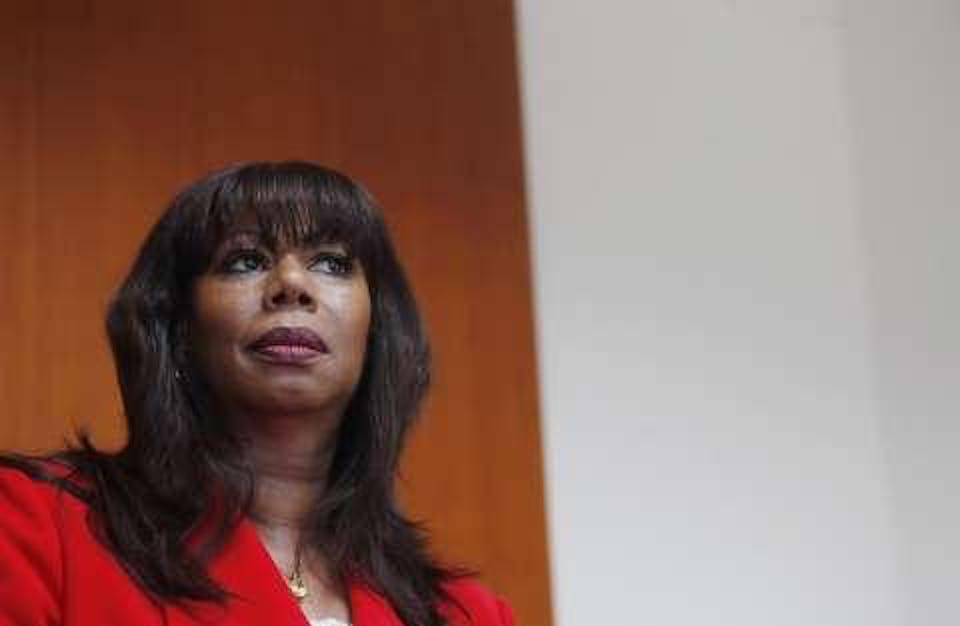 Trailblazing Judge Teri Jackson: The Need for a Strong Judiciary

iCal
Google
Honorable Judge Teri Jackson has made history as the first African American woman to be on the 1st District Court of Appeals! Come meet her!

The Honorable Judge Teri Jackson was nominated by Gov. Gavin Newsom to become the first female African American justice on the state’s First District Court of Appeal, the same milestone she achieved 17 years ago on the San Francisco Superior Court.

She was sworn in on January 21st and will be coming to Manny's to discuss her story, her long and impressive career on the bench, the role of the Court of Appeals, the importance of a strong judiciary in today's times, and how she approaches her work as a leading judge in California.

One of the cases that will come before the Honorable Judge Jackson will be whether PG&E is to blame for the Tubbs fire.

She will be in conversation with the Honorable Judge Ellen Chaitin (ret.).

About The Honorable Judge Jackson:

Judge Jackson has served on the San Francisco bench since September 2002. Judge Jackson is currently the supervising judge for litigation involving asbestos and the California Environment Quality Act. She is also the supervising judge for the Criminal Grand Jury. She served on the court’s Appellate Division from 2009 to 12. Before her appointment to the bench, she worked for a San Francisco law firm, specializing in complex litigation, employee defense, real estate, trade secrets, and white-collar defense trials before state and federal courts (1997–2002).

She was a prosecutor for more than 15 years, first in the San Mateo County District Attorney’s Office (1981–1984) and later in the San Francisco District Attorney’s Office (1984–1997). She serves as an adjunct law professor at both Hastings College of the Law and the the University of San Francisco School of Law. Judge Jackson was appointed in 2010 to the Judicial Council as an advisory member, becoming a voting member in 2011. She served on the council’s Criminal Law Advisory Committee (2010–2011) and was a member of the council’s Advisory Committee on Criminal Jury Instructions (2009–2010). She also served on a special team of assigned judges that helped reduce the criminal case backlog in Riverside County (2007–2008).

Ellen Chaitin, now retired, served as a judge for the San Francisco Superior Court for 20 years, and practiced as a criminal defense attorney for almost two decades.

She served as a Board Member on the San Francisco Pre-Trial Diversion Project, San Francisco CASA, and the Jewish Community Center. Judge Chaitin received her law degree from Hastings Law School, and Bachelor of Arts from NYU. She co-taught the first Women and the Law class at Hastings in 1973, and co-wrote “Is Gay Suspect?,” the first law review article urging the application of equal protection to LGBT Americans.