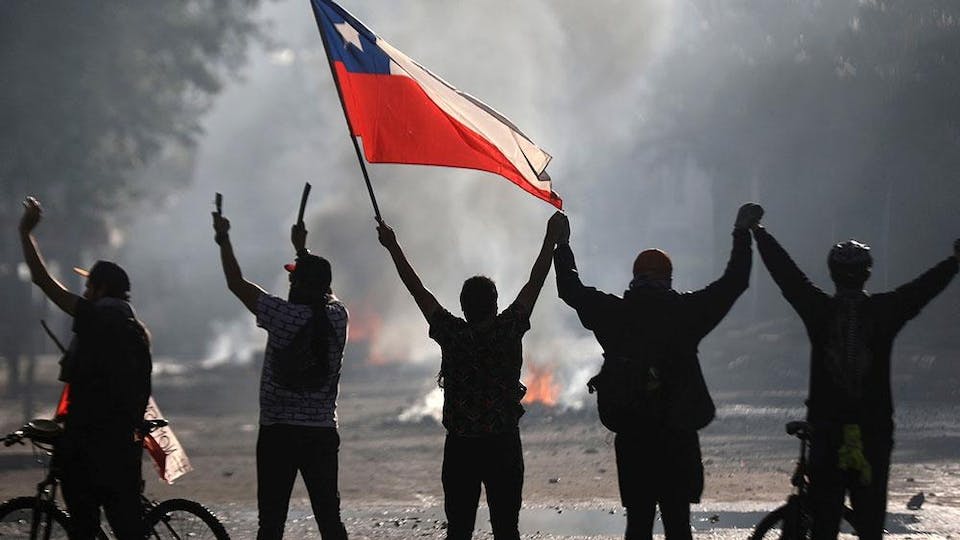 iCal
Google
Civil unrest has become a major trend in Latin America. Could this be a symptom of failing  democracy?

What is happening in Chile right now?

Have you heard about the recent protests?

In the recent weeks, massive protets have ensued in Chile following a transportation fare hike. However, the issue lies far beyond fare.

Growing inequality, the rising cost of living, and privatization has reaped chaos throughout Latin American. Chile and Venezuela are two important cases deemed worthy of analysis due to their political and economic history.

Chile's history is smeared in oppression, corruption, and military dictatorship. Pinochet's brutal regime was a pivotal moment in Chilean history. However, most often overlooked, the U.S. has played a major role in Latin American politics. U.S. involvement in the political processes and systems of Latin American countries has contributed to instability and lack of democratic autonomy.

Similar to Chile, Venezuela, once the richest country in Latin America, plundered under the death of Hugo Chavez and the leadership of his successor, Nicolás Maduro. The Trump Administration's threat of military intervention, yet again, showcased U.S. refusal to opt out of Latin American politics.

The future of democracy in Latin America hangs on the prospect of uprising and crippling corruption. Latin Americans are fed up, and their willingness to demonstrate is a sign of definitive action.

Join us for a conversation on Latin American politics, with an emphasis on the case of Chile and Venezuela.

***more panelists to be annouced.

DemocracyNow!: "One Million Take to Streets of Chile in the 'Largest Mobilization Since the End of Dictatorship' "

Aljazeera: "Venezuela In Crisis: All the latest updates"